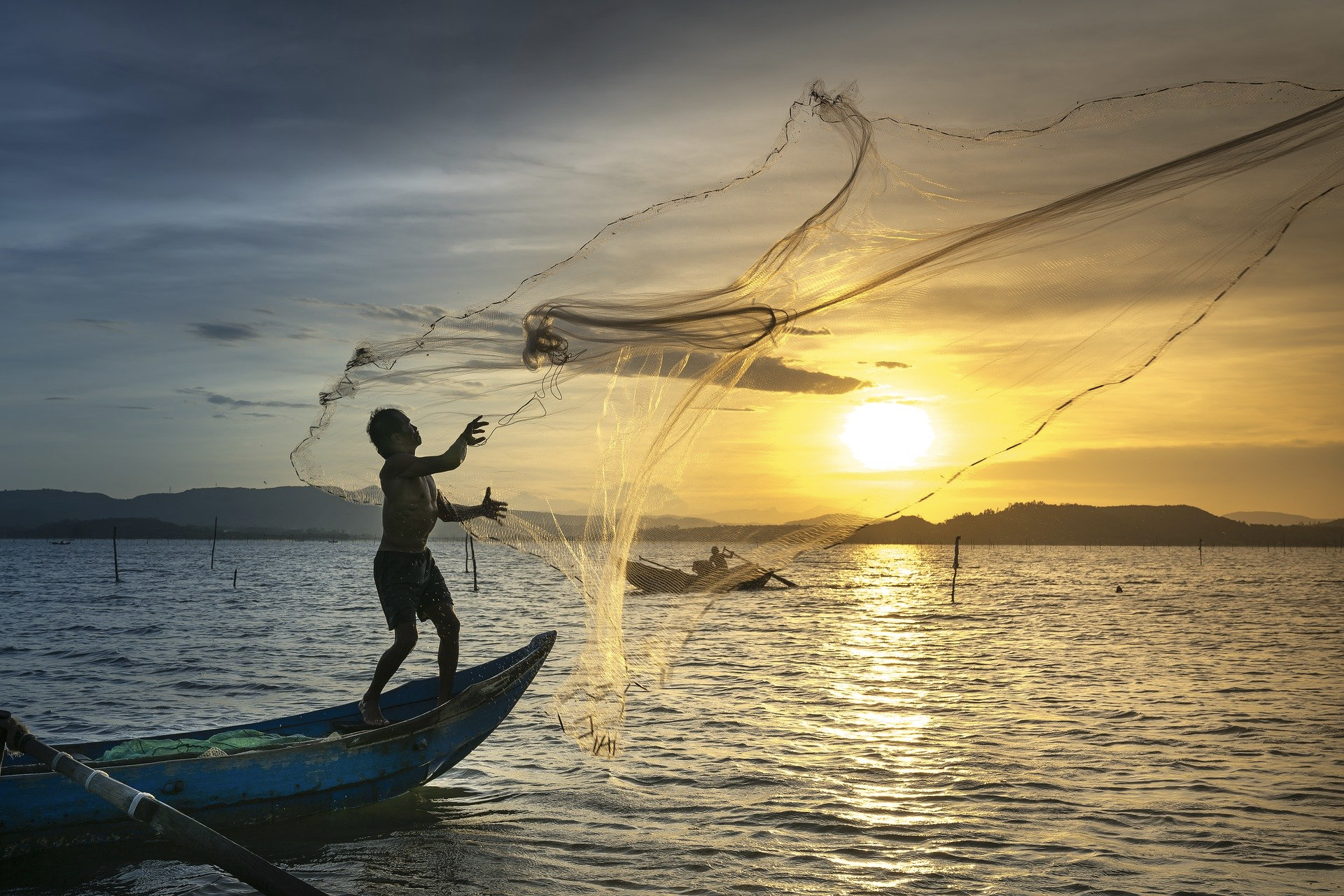 Recently, I got asked about how to explain confidence intervals in simple terms to a layperson. I found that it is hard to do that.

Confidence Intervals are always a headache to explain even to someone who knows about them, let alone someone who doesn’t understand statistics.

I went to Wikipedia to find something and here is the definition:

And my first thought was that might be they have written it like this so that nobody could understand it. The problem here lies with a lot of terminology and language that statisticians enjoy to employ.

This post is about explaining confidence intervals in an easy to understand way without all that pretentiousness. 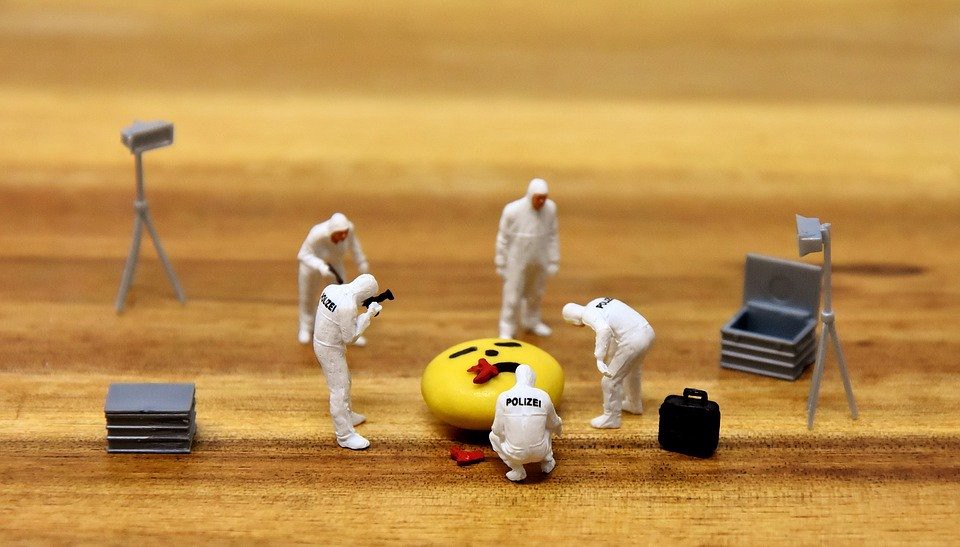 Imagine you want to find the mean height of all the people in a particular US state.

You could go to each person in that particular state and ask for their height, or you can do the smarter thing by taking a sample of 1000 people in the state.

This is all well and good, but you being the true data scientist, are not satisfied. The estimated mean is just a single number, and you want to have a range where the true mean could lie.

Why do we want a range? Because in real life, we are concerned about the confidence of our estimates.

Typically even if I ask you to guess the height of people in the particular US state, you are more inclined to say something like: “I believe it is between 6 foot to 6 Foot 2 Inch” rather than a point estimate like “Its 6 foot 2.2345 inches”.

We humans also like to attach a level of confidence when we give estimates. Have you ever said — “I am 90% confident”.

So how do we get this range and quantify a confidence value?

To understand how we will calculate the confidence intervals, we need to understand the Central Limit Theorem.

So knowing all this, you become curious. We already have a sample of 1000 people in the US state. Can we apply CLT? 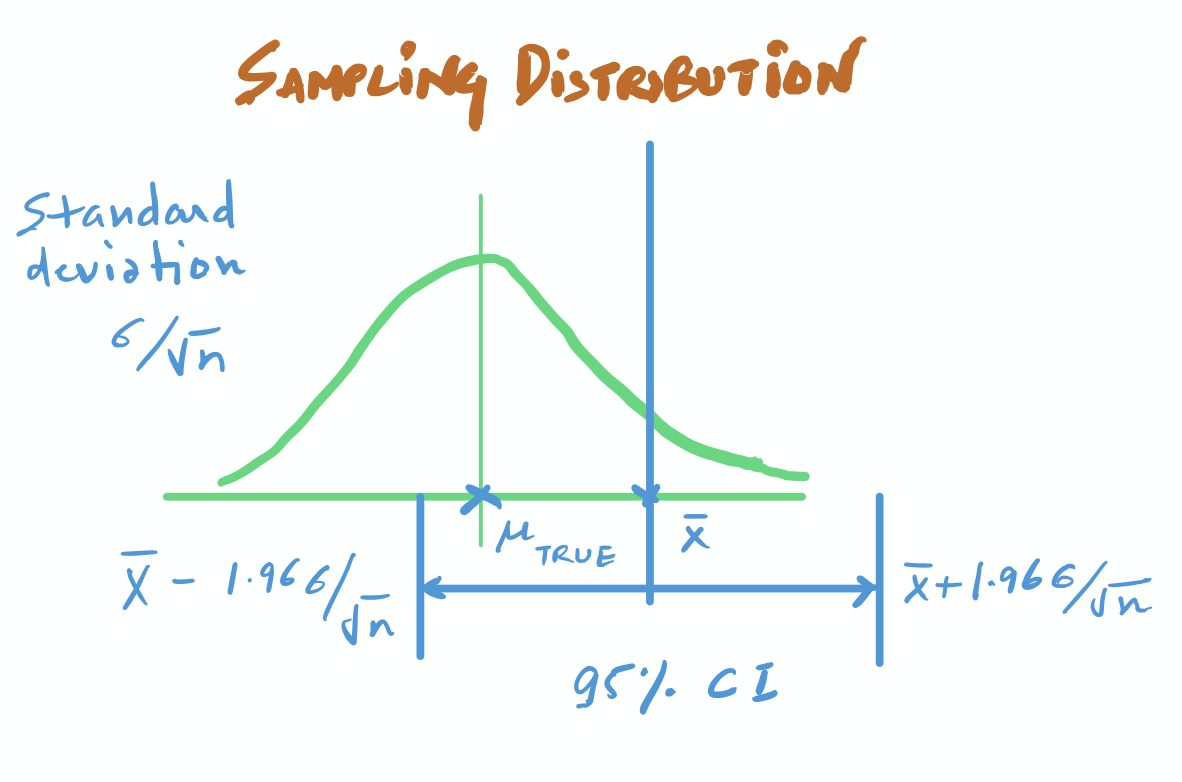 Now, you want to find intervals on the X-axis that contains the true population mean.

So what do we do? We cast a net from the value we know.

To get such ranges/intervals, we go 1.96 standard deviations away from Xbar, the sample mean in both directions. And this range is the 95% confidence interval.

Now, when I say that I estimate the true mean to be Xbar (The sample Mean) with a confidence interval of [Xbar-1.96SD, Xbar+1.96SD], I am saying that:

That this is an interval constructed using a certain procedure. Were this procedure to be repeated on numerous samples, the fraction of calculated confidence intervals (which would differ for each sample) that encompass the true population parameter would tend toward 95%

When you take 99% CI, you essentially increase the proportion and thus cast a wider net with three standard deviations.

Each line in the figure above is one such experiment where the dot signifies the sample mean, and the line signifies the range. The dotted line in this figure is the true population mean*.*

You can go for any arbitrary level of confidence. Say, for example, you want 90% confidence. You can get that by using the idea that the shaded area inside the normal curve needs to be 0.90. 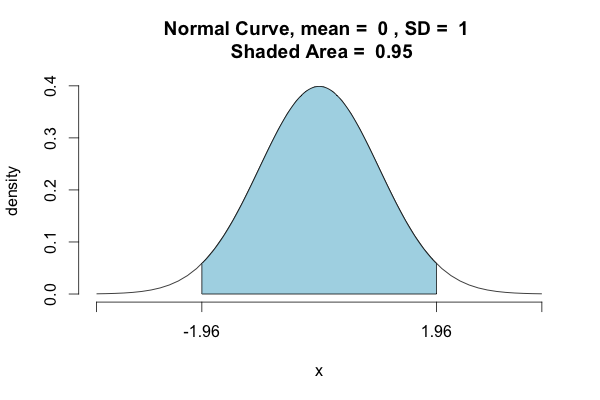 If you want to learn more about hypothesis testing, confidence intervals, and statistical inference methods for numerical and categorical data, Mine Çetinkaya-Rundel teaches <strong>Inferential Statistics</strong> course on coursera, and it cannot get simpler than this one. She is a great instructor and explains the fundamentals of Statistical inference nicely.

Thanks for the read. I am going to be writing more beginner-friendly posts in the future too. Follow me up at <strong>Medium</strong> or Subscribe to my <strong>blog</strong>