Newton once said that “God does not play dice with the universe”. But actually he does. Everything happening around us could be explained in terms of probabilities. We repeatedly watch things around us happen due to chances, yet we never learn. We always get dumbfounded by the playfulness of nature.

One of such ways intuition plays with us is with the Birthday problem.

In a room full of N people, what is the probability that 2 or more people share the same birthday(Assumption: 365 days in year)?

By the pigeonhole principle, the probability reaches 100% when the number of people reaches 366 (since there are only 365 possible birthdays).

Lets try to build around this result some more by trying to simulate this result: 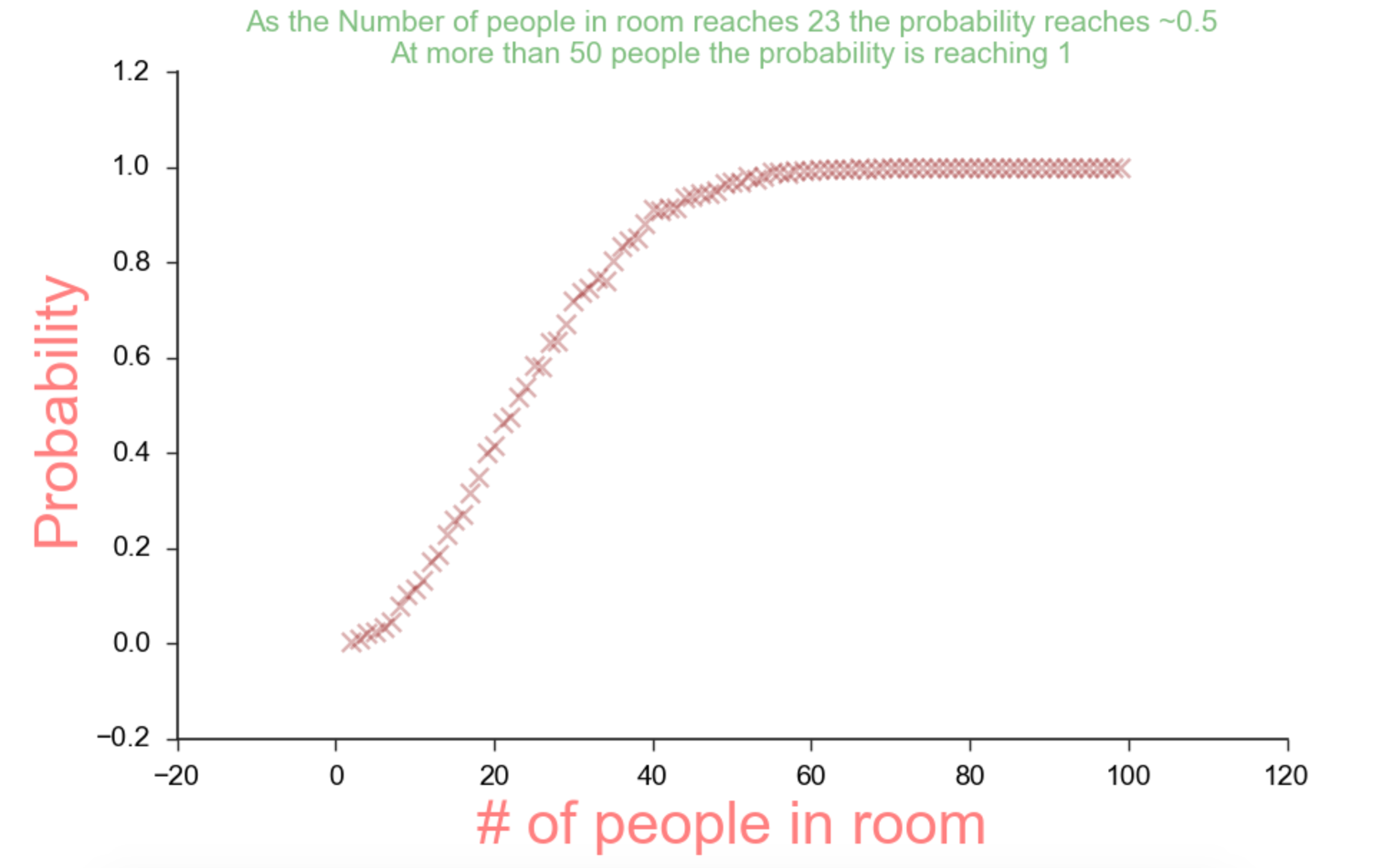 We can see from the graph that as the Number of people in room reaches 23 the probability reaches ~ 0.5. So we have proved this fact Mathematically as well as with simulation.

So thats it for now. To learn more about this go to Wikipedia which has an awesome page on this topic.