Behold the power of MCMC 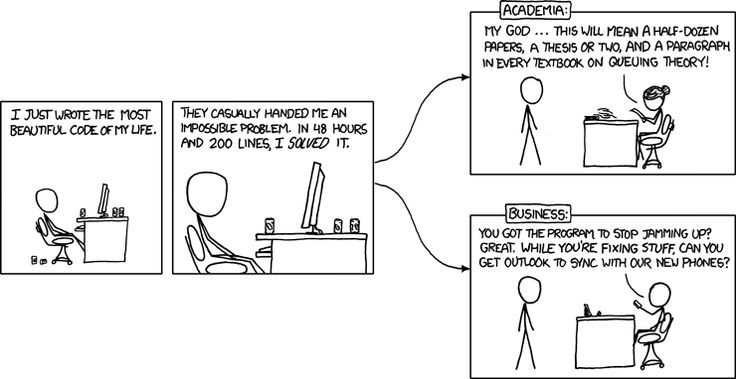 Last time I wrote an article on MCMC and how they could be useful. We learned how MCMC chains could be used to simulate from a random variable whose distribution is partially known i.e. we don’t know the normalizing constant.

So MCMC Methods may sound interesting to some (for these what follows is a treat) and for those who don’t really appreciate MCMC till now, I hope I will be able to pique your interest by the end of this blog post.

So here goes. This time we will cover some applications of MCMC in various areas of Computer Science using Python. If you feel the problems difficult to follow with, I would advice you to go back and read the previous post , which tries to explain MCMC Methods. We Will try to solve the following two problems:

So we look at the data and form a hypothesis that the data has been scrambled using a Substitution Cipher. We don’t know the encryption key, and we would like to know the Decryption Key so that we can decrypt the data and read the code.

To create this example, this data has actually been taken from Oliver Twist. We scrambled the data using a random encryption key, which we forgot after encrypting and we would like to decrypt this encrypted text using MCMC Chains. The real decryption key actually is “ICZNBKXGMPRQTWFDYEOLJVUAHS”

So lets think about this problem for a little bit. The decryption key could be any 26 letter string with all alphabets appearing exactly once. How many string permutations are there like that? That number would come out to be $26! \approx 10^{26}$ permutations. That is a pretty large number. If we go for using a brute force approach we are screwed. So what could we do? MCMC Chains come to rescue.

We will devise a Chain whose states theoritically could be any of these permutations. Then we will:

If we get lucky we may reach a steady state where the chain has the stationary distribution of the needed states and the state that the chain is at could be used as a solution.

We then Score a particular decryption key x using:

So lets start working through the problem step by step. 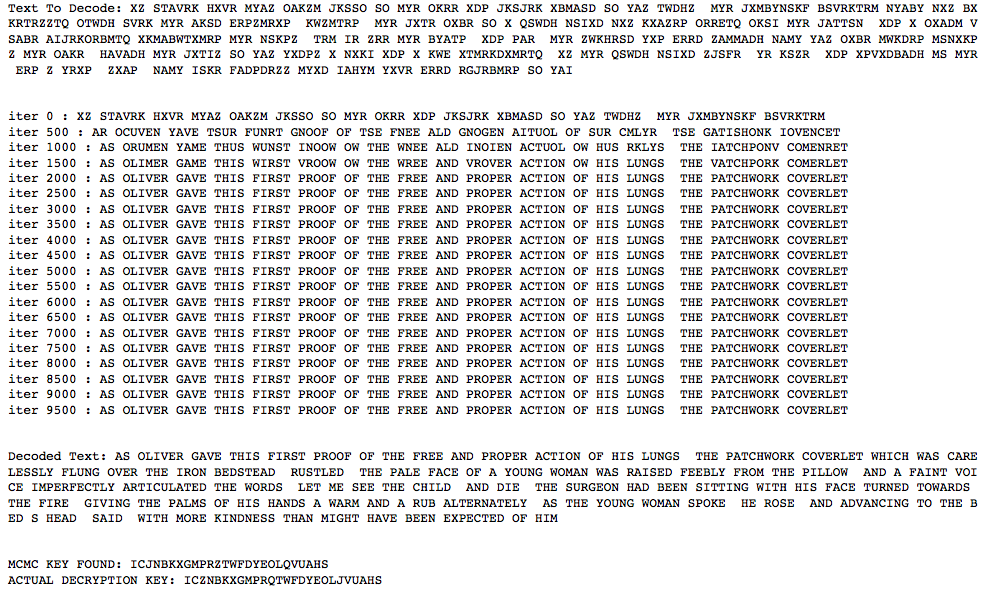 This chain converges around the 2000th iteration and we are able to unscramble the code. That’s awesome!!! Now as you see the MCMC Key found is not exactly the encryption key. So the solution is not a deterministic one, but we can see that it does not actually decrease any of the value that the MCMC Methods provide. Now Lets Help Bilbo :)

Restating, we have Bilbo a Thief who goes to Smaug’s Lair. He finds M treasures. Each treasure has some Weight and some Gold value. But Bilbo cannot really take all of that. He could only carry a certain Maximum Weight. But being a smart hobbit, he wants to Maximize the value of the treasures he takes. Given the values for weights and value of the treasures and the maximum weight that Bilbo could carry, could you find a good solution?

So in this problem we have an $1$x$M$ array of Weight Values W, Gold Values G and a value for the maximum weight $w_{MAX}$ that Bilbo can carry. We want to find out an $1$x$M$ array $X$ of 1’s and 0’s, which holds weather Bilbo Carries a particular treasure or not. This array needs to follow the constraint $WX^T < w_{MAX}$ and we want to maximize $GX^T$ for a particular state X.(Here the T means transpose)

So lets first discuss as to how we will create a proposal from a previous state.

We also need to think about the Scoring Function. We need to give high values to states with high gold value. We will use:

We give exponentially more value to higher score. The Beta here is a +ve constant. But how to choose it? If $\beta$ is big we will give very high score to good solutions and the chain will not be able to try new solutions as it can get stuck in local optimas. If we give a small value the chain will not converge to very good solutions. So weuse an Optimization Technique called Simulated Annealing i.e. we will start with a small value of $\beta$ and increase as no of iterations go up. That way the chain will explore in the starting stages and stay at the best solution in the later stages.

So now we have everything we need to get started

Now I won’t say that this is the best solution. The deterministic solution using DP will be the best for such use case but sometimes when the problems gets large, having such techniques at disposal becomes invaluable.

So tell me What do you think about MCMC Methods?

Also, If you find any good applications or would like to apply these techniques to some area, I would really be glad to know about them and help if possible.

The codes for both examples are sourced at Github

Also look out for these two books to learn more about MCMC. I have not yet read them whole but still I liked whatever I read:

Both these books are pretty high level and hard on math. But these are the best texts out there too. :)